In Minnesota a toddler strapped in a car seat fell out after the car’s rear door opened up. The video of the incident was shot by truck driver Chad Mock who posted it on Facebook. According to Mock, he stopped his truck, ran out and tried to flag down the gray car before it drove out of distance. The child was unharmed. 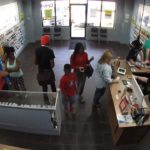 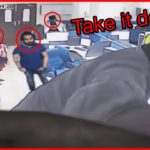